The findings indicate a poor awareness of both current and desired performance of the internal logistics system at the companies studied. In addition, automation development is often conducted in an unstructured and poorly supported manner and there is often insecurity regarding what steps and actions to take. Foremost, the findings indicate a poor base for proper evaluation and decisions during automation development in internal logistics systems. This is analysed and concluded as a cause of unclear goals and requirements and the lack of a strategic view with regard to both internal logistics operations and the use and development of automation. 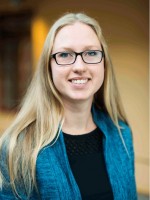