Bugs and Debugging of Concurrent and Multicore Software

Debugging, the process of identifying, localizing and fixing bugs, is a key activity in software development. Debugging concurrent software is significantly more challenging than debugging sequential software mainly due to the issues like non-determinism and difficulties of reproducing failures.

This thesis investigates the first and third of the above mentioned problems in concurrent software with the aim to help developers (and testers) to better understand concurrency bugs. The thesis first identifies a number of gaps in the body of knowledge on concurrent software bugs and debugging. Second, it identifies that although a number of methods, models and tools for debugging concurrent and multicore software have already been proposed, but the body of work partially lacks a common terminology and a more recent view of the problems to solve.

Further, this thesis proposes a classification of concurrency bugs and discusses the properties of each type of bug. The thesis maps relevant studies with our proposed classification and explores concurrency-related bugs in real-world software. Specifically, it analyzes real-world concurrency bugs with respect to the severity of consequence and effort required to fix them. The thesis findings indicate that it is still hard for developers and testers to distinguish concurrency bugs from other types of software bugs. Moreover, a general conclusion from the investigations reveal that even if there are quite a number of studies on concurrent and multicore software debugging, there are still some issues that have not been sufficiently covered including order violation, suspension and starvation. 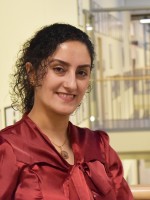