Background: A good psychosocial safety culture is basis for well-being in the workplace, (Dollard & Nesser, 2013 Guediri et al 2016 :. 416). Costs of work-related ill health in Sweden is estimated to be EUR 450 million per year (EU-OSHA, 2014: 9). Prevention of work-related ill-health is the focus today in many workplaces and new legislation comes into force in Sweden.
Method / Design: This study will explore the relationship between team coaching, psychosocial safety culture, performance and well-being. 200 employeee and some 20 managers are included in the study. The managers will be trained in team coaching and psychosocial safety culture before they are coaching their teams in various areas that has need of development. A variety of questionnaires and interviews will be used in this longitudinal study in which participants also followed up 6-9 months after completion of team coaching. The study takes place in two global companies in Sweden and is coordinated in each company in the steering and project groups consisting of eg: safety officer, safety engineer, managers and Human Resources.
Results: The hypothesis, the results can show whether the team coaching in combination with risk identification and action plans to develop the psychosocial safety environment and to enhance the well-being and performance, through an innovation-based perspective. 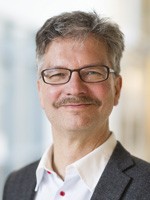